In the front of Kåfjord church stands this beautiful bronze statue. This reminds us of people who came from the Northern area and earns a living the hard way in a mining community.

Navy family
Copper Works in Kåfjord provided work for many migrant workers. Mainly they came from northern Finland and northern Sweden. The work also brought miners from Folldal, Tynset and Røros. The Management of the plant wanted a stable working environment and envisaged that the workers could have their families in Kåfjord. In 1840, more than a thousand people here. It was more than the three cities Hammerfest Vardø and Vadsø combined. The need of a separate church in the mining community arose. The joint efforts from the government and the mining community stood Kåfjord church finished and was inaugurated in September 1837
There were many blasting accidents in the mines where people were maimed and crippled for life. Many also died here and is buried at Kåfjord cemetery without any memorial stone or registering graveyard.
The women had a central role in the mining community. Firstly, there was a woman who found the place where hovedmalmåra/ main sill goes. This has helped the economy at the outset. In addition, there were many women worker at the plant by ore banking and cobbing. The child is the symbol of hope and a future. At that time there were high infant mortality rate among the regular population. Also, many of the «navy family» had to bury some of their children at Kåfjord cemetery. «The navy» is erected in memory of toilers and their families at copper mines in Kåfjord. The sculpture in bronze is made by Per Ung. It is placed on a base of concrete, covered with slag stone from the copper mine. The stand is made of Gullik checked, Grounded from Hjartdal in Telemark.

Copy the text and drop it here.

If you want to get in touch

with operators of experiences

you can send an email to 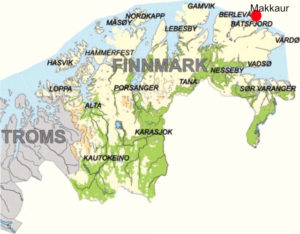